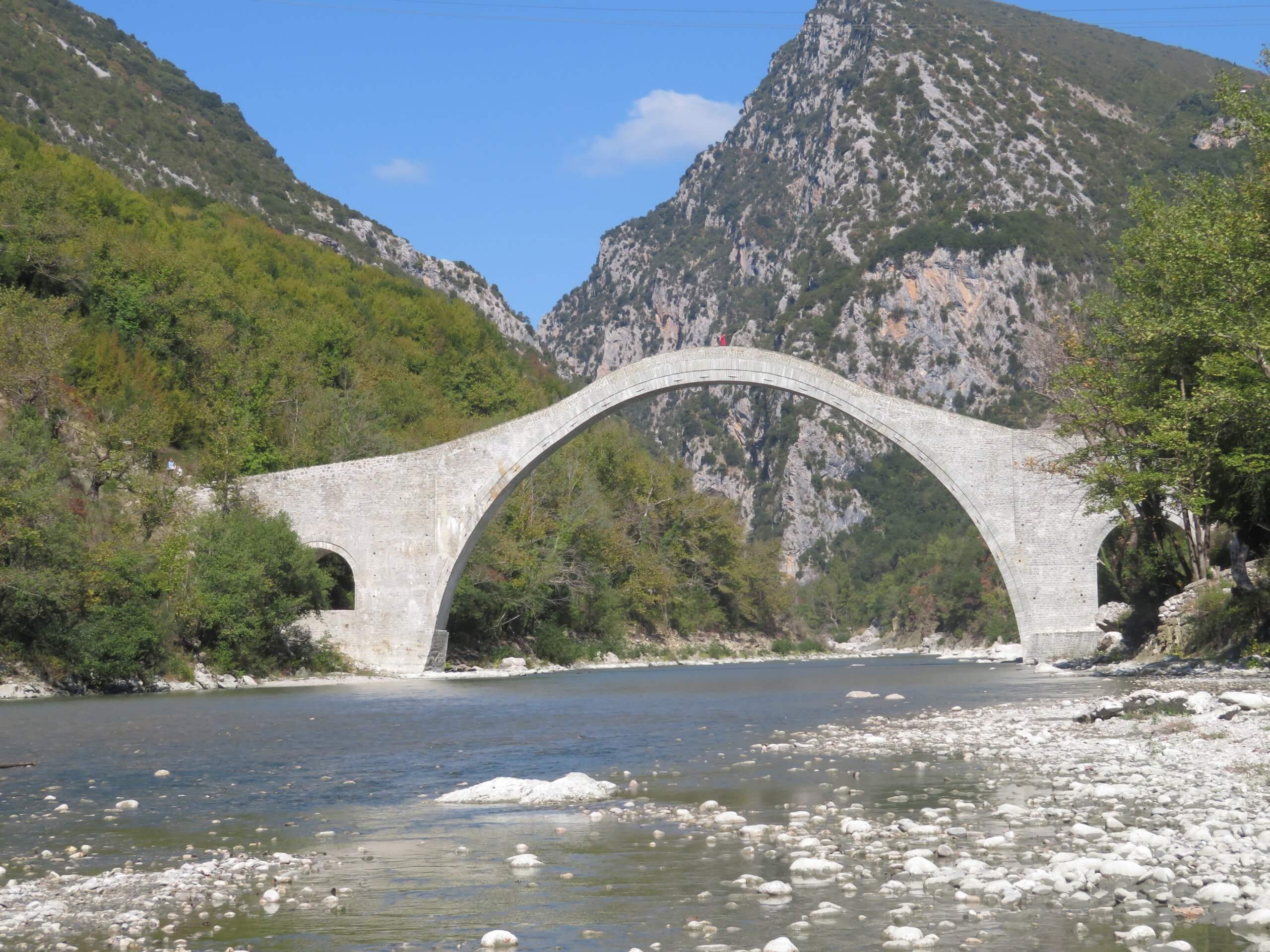 Europa Nostra is a European cultural heritage organization, a leading citizens’ movement for the protection and preservation of Europe’s cultural and natural heritage. In 2002, they established the European Heritage Awards / Europa Nostra Awards, which each year award best practices related to heritage preservation / restoration, management, research, education, and communication. Our country as a pioneer in restoration has been repeatedly awarded for exemplary restoration of buildings and monuments in the Conservation category. In most of these projects we have supplied all or part of the restoration materials and with great honor we will present them to you in this tribute.

2008: Restoration and maintenance of the archaeological site of the Palaces of the Gallery, Thessaloniki

The Galerian complex, as it is called, is one of the most important monuments of Thessaloniki. Its construction dates back between the end of the 3rd century and the beginning of the 4th century AD, on the border of two worlds, Roman and Byzantine. In the excavations that took place in the second half of the 20th century, several remains of the compound emerged, some visitable and others not. In 2008 the archeological site was awarded by Europa Nostra for the conservation and restoration of the finds. An abandoned space was transformed into a space that is a pole of attraction for the residents of Thessaloniki and beyond.

* With information from the official website of the Galerian Complex www.galeriuspalace.culture.gr

** Information about the award: https://www.europeanheritageawards.eu/winners/archaeological-site-galerius-palace-thessaloniki/

Nikopolis is in the southwestern Epirus and specifically in Preveza. From the beginning of the 20th century, systematic excavations of Nikopolis began. These excavations continued even after the end of the war, and from the 1960s onwards, the local Ephorate of Antiquities carried out rescue excavations. At the same time, restoration works of the monuments and overall promotion of the area began. All this contributed to the award of Nikopolis in 2009 at the Europa Nostra awards, which was a top moment for Epirus.

2011: Total restoration and landscaping of the area of ​​Ancient Messini

The Ancient city of Messini is in the southwestern part of the Peloponnese. The interventions that have taken place have made Messina a model space internationally. Ancient Messina is a great monument. All the works that have been carried out have transformed the archeological site into a well-organized one that is naturally combined with the landscape. In 2011 it is awarded by the Europa Nostra which is the voice of cultural heritage in Europe. The decision of the European Commission for the award emphasizes, among other things: “Ancient Messini is awarded due to the large scale of its preservation and why restorative interventions have revealed its qualities and importance, as an administrative and religious center, as well as the public space of this great Greek city of the 4th century BC”.

2013: Restoration of the Main Building of the Propylaea, Athens

The propylaea is the luxurious gate of the Acropolis. The history of this gate is long as the works started from 437 BC. and although in 432 BC. completed the project was considered unfinished. Its non-completion, however, did not stop the people of that time from admiring it. Over time, other parts of the building were constructed. In 2004, restoration works were carried out in the Propylaea. At the end of 2009 the work of restoring the roofs of the main building of the Propylaea is completed, and the building is open to the public again. On June 16, 2013, the work was awarded the Audience Award by Europa Nostra at the Odeon of Herodes Atticus.

2015: Restoration of the mansion “Antouaniko” Chios

Antouaniko is one of the buildings in the area south of Chios. The house was built in 1893, but older structures survive within the estate. The works carried out in the mansion included the restoration of the main house as well as the conversion of the other structures into living quarters. The restoration interventions resulted in the restoration of a complete example of a historic complex, which combines residential and agricultural use. In 2015 it was awarded by Europa Nostra as the mansion “Antouaniko” was and is considered a model for similar projects which are necessary if the authenticity of this valuable historical area is to be preserved.

* More information about the project can be seen here

2016: Restoration project of the church of Agios Petros, Kastania Mani

The church of Agios Petros, considered one of the most important in Mani, dates from the 12th century AD. and faced serious structural problems, which made the Byzantine murals it contains terribly indistinguishable. The restoration took place between the years 2013 and 2014 and many agencies collaborated for its completion. The restoration of the church was warmly welcomed by the local community, recognizing the cultural and economic dimension of the project. In 2016 he was awarded by Europa Nostra with the judges of the awards noting “the importance and significance of this European Monument, which is an image of the Byzantine contribution to European culture”.

2017: Restoration of the Bastion of the Palace of the Grand Master, Rhodes

The works carried out, aimed to make the Bastion of the palace a visitable monumental complex. The project underwent reconstructions, maintenance, and repairs in many of its functional parts. Some of the work carried out included the reconstruction of the knightly artillery, the restoration of the medieval well and the northeast turret, and the paving of indoor and outdoor areas with pebble floors. In 2017, the restoration of the Bastion by Europa Nostra in the “Restoration” category is awarded.

In the southeastern part of the island of Kea are found ruins of the city – state of Karthea which today is an important archaeological site. Karthea was an important city-state that flourished during the Archaic period. In the case of ancient Karthea there is a complete harmony of history and nature, which makes it great. With the maintenance and improvement of the trails and facilities, its location became more easily accessible, while the restoration of the ruins stimulated the interest of the local community and attracted many tourists to the area. That is why in 2017 the project was awarded the European Union Prize for Cultural Heritage – Europa Nostra Prize.

* More information about the project can be found here

2018: Maintenance and Restoration of the Holy Church of Agia Kyriaki Apeiranthos Naxos

The Church of Agia Kyriaki is located in Naxos, north of the settlement of Apeiranthos. Due to its preserved decoration, this church is one of the most important Byzantine monuments in the Balkans. With the abundance of his murals, it dates to the Iconoclasm period. Attempts to restore and save this church in general began in 1993, continued in 2005 by various associations and since 2010 in collaboration with the Society for the Environment and Cultural Heritage, sponsors have been attracted. These many years of efforts led to the fixing and sealing works in 2013-2014 and in 2015-2016 to the preservation of the painted decoration of the church by the Ephorate of Antiquities of Cyclades. In 2018 the restoration of this temple was awarded the Europa Nostra Prize and won the highest honor of the Europa Nostra Grand Prix.

* More information about the project can be found here.

The bridge of Plaka is a stone arched bridge, which is located in the village of Plaka in Tzoumerka and is crossed by the river Arachthos. It is the largest single-arched bridge in the Balkans, and its arch extends to 40 meters and a height of 20 meters. It was built in 1866 and has since collapsed three times. After its last collapse in 2015, and through the cooperation of the Ministries of Culture and Sports, Infrastructure, Finance, the Epirus region, the NTUA and the TEE, the bridge was restored in an exemplary manner. The work was completed in 2019-2020 and the project was awarded the Europa Nostra Award in 2021 in the rehabilitation category.

The lifelong achievements of the awards are a testament to Europe’s dynamic and vibrant heritage and the commitment of European citizens to it.

Meeting.. the house of Pavlou Mela Meeting our projects

Meeting..our projects that have been published in Ek Magazine Meeting our projects

Accept All, Decline All